It is 9am on Sunday the 20th of May after the Adore Conference.

In reflection . . . one of the guest speakers had said something just before her message, and it struck a chord with me.  I can’t remember exactly what she said, but it was a single line to the tune of “some of you are disappointed in God . . . “

Then this morning I was struggling, and yet I didn’t want to rehash it with God yet again . . . but apparently He did, cause then He said to me “Let’s go over it again.  Talk to me about what you’re feeling, today, now, in this moment.”  and so this is the walk He took me on . . .

Because I can’t always articulate my words well, let alone remember what I say, it was a conversation I recorded (in about 5 separate recordings) stopping at times to work out my feelings, and how to verbalise them.  But I didn’t want to forget what God would say to me.  And ultimately I guess I had already figured it might be something I’d share . . . in the hope of helping someone else.  So while there was no audible voice (other than my own), I believe those little ‘thought bubbles of revelation’ (in red) that had not previously occurred to me (either at all or in full), were those from a higher place.

“God, in regards to my hysterectomy, for 10 years and then 5 more years after that, I believed that You would heal me.  But then You didn’t come through.  I was anaemic, I had been on 6 months of iron injections, and was finally put on that drug Tranexamic Acid to slow down my haemorrhaging, while I waited for my surgery date.  I went through various consults in preparation for surgery.  While I wasn’t forced in to anything, at the same time I believed those words:  “You have no choice. Surgery is your only option.  All you have to do is sign the paperwork, then it will all happen from there.”

And so I followed through with having the surgery.  It all came together so quickly.  A connection that got me in to see a top specialist, a cancellation that got me into surgery weeks earlier than expected, and so even then, You were with me in the preparation.  But at the same time in some ways, it’s like the enemy used that opportunity for his plan of my demise, to derail my faith.

Somehow, I didn’t realise that in having surgery I was ‘choosing’ what I didn’t want, and how that would affect my faith, expose some lifelong wounds, and thereafter lead me on a path of wrong decisions as a result of my disappointment that You didn’t heal me.  Because what I really wanted was to receive what I had been believing for.  I had believed for 15 years that You would heal me.  That’s a long time of believing, and a whole lot of hoping . . . lost . . .

For so long God, I’ve wrestled with the woman with the issue of blood.  And that whole question of why You healed her?  But You didn’t heal me?  I think back to how it might have been for her.  She didn’t have the option of surgery; she had spent all her money and tried everything available to her.  She didn’t have any other option.  She had exhausted all her other options.  Then You came to town, and You healed her.  But why not me?  If you could do it for her, why not for me?

You know it, I struggle with some of the words in the songs that we sing at church, that I sing at home: of how You’ll never fail me, that “You’re never gonna let me down.” And even though I sing the words, there’s a voice in my head that reminds me that you did fail me, that you did let me down.  So it seems like it’s all lies, and I’m supporting those lies by singing the words to the songs, despite my experience.  And so I cry my way through those songs, because I know what the Bible says, and I know what I want to believe, but my experience tells a different story.  So I sing the words to those songs, in spite of everything, hoping You’ll somehow prove me wrong!

And yet today, now I see maybe I failed myself in that sense. Maybe I let myself down?  In that instance when those words were spoken to me: “You have no other choice. . .” I lost hope in the other choice that I did have, the choice that I really wanted, but I didn’t see that as still an option.  So yes, I got my healing, but just not in the way I had hoped.  But that was everything to do with my choice, my free will to make a decision, than it was to do with You.  I fell on the ‘train’ of forward motion, and it didn’t ever occur to me, to not go ahead with the surgery.  Without realising it, I gave up on what I truly wanted, and gave in to what ‘man’ would say.  Yes, it was my choice to have the surgery.

After 15 years of believing, I gave up on You God, and took things back into my own hands without realising it.  And even though I accepted to having the surgery, (effectively saying “No thanks!” to You as the other option), You didn’t abandon me, or take Your hands off my case.  You still watched over me during the surgery, even rescuing me when they found complications, but a urologist was available to come and assist.  I thought I didn’t have a choice, but I did have a choice.  Because, where there is more than one option, there is a choice.  The woman with the issue of blood didn’t have a choice, but I did.  Even though I was anaemic, and I was on TXA to slow down my haemorrhaging (which didn’t work), I still had a choice, surgery or not surgery.  I just didn’t ‘see’ that choice, and so I ‘sowed’ into the surgery option, because that was all that I could see, but really I wasn’t seeing all my options.  And maybe if that woman with the issue of blood was living in my time, she too might have found her healing at the hands of surgeons.  And there’s nothing wrong in that.  She certainly sought out all her options . . . so I reckon she would have taken up the offer, if it was available to her. . . especially given the stigma of ‘uncleanness’ in her time that she would have carried.  But then why for so long did I feel somehow ripped off, cheated of that which I had believed for?  I don’t understand that . . . but then ultimately, it comes back to a choice that I made.

And all this enables me to fully release You!  It releases me!  To be able to believe for ‘the better’ that You promise in my future.  How?  Because since it wasn’t You that let me down, that situation no longer serves as the example of how You can’t be trusted.  It’s not hanging over my head, invading my head space as a negative example for the enemy to use against You, against me.  Because it all goes back to my choice, which I made, that led to this outcome.

Thank you for softly and gently guiding me to this revelation.  For not pushing or pressing it on me before I was ready to hear it.  For not overwhelming me with it.  But just allowing it to be a revelation, that would come as a release.

Wondering what might have been if I hadn’t had the surgery, I cant regret or ‘wish’ about that.  But maybe the final outcome of my story would then have been more like that woman with the issue of blood.  But that is not my story.  This is my story.  And maybe it is this way because it will help someone else in their story . . .

After writing my previous post: ‘Sow & See’ I then got to thinking about that fading ‘See’ and that just maybe there’s a lesson in that for me.  But it doesn’t stop there . . . what about that cyst/blemish (in the pic above) at the bottom of the first ‘e’ in ‘See’ that I pick at especially when I’m feeling anxious about something, which then becomes an open wound. While you can still see it in the photo . . . I had used some essential oils to calm it down, and a concealer to hide it as much as possible.

For me it was the wound of disappointment that was blocking me from seeing anything good for my future. That wound distorted my perception of God.  I perceived that He had disappointed me in not bringing to pass what I had been believing for.  So how could I trust Him, and believe Him to bring to pass anything good in my future?  Why would I trust anyone who has let me down, with so much again?  And even when I tried to ‘let go’ of the hysterectomy story . . . it wouldn’t let go of me.  Because the experiences along those 15 years of believing, that were never realised, were now being highlighted in new struggles of today.

Diagnosed in 2016 with severe depression, (after my hysterectomy in 2015) I had seen progression in the healing of my mental and emotional health, and other things I was struggling with.  But at times it felt like one step forward, two steps back.

It had been the same with those fibroids over the years.  At times I had seen a degree of healing, but then ultimately gone backwards and the condition gotten worse.

So then my past experience with the fibroids, became what I feared would be my experience with my current issues.  And so I was always anxious as to if I would ever be free from these issues, because until surgery, I was never free from the fibroid issue.  How could I trust God to heal me from any of my issues, when he never healed me of those fibroids? And yet I have other experiences of healing . . . which I still enjoy the benefits of . . .  but they are somehow forgotten by this fibroid issue . . .

Interestingly (or at least to me) shortly after this conversation . . . I realised . . . I had my surgery the week before Adore 2015.  I was there, drugged up to my eyeballs on pain medication.  And here I am having this revelation (releasing a whole lot of pain) . . . which seems somehow full circle . . . 3  VERY LONG  years later. 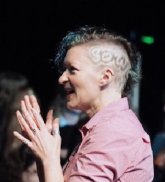 2 thoughts on “A raw conversation with God.”